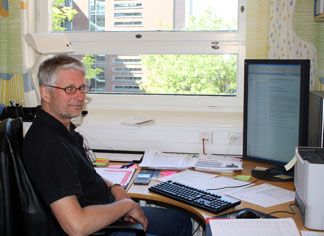 Our research activities are focused on developing the yeast Saccharomyces cerevisiae into an efficient producer (cell factory) of various chemicals and fuels by using a metabolic engineering approach. We have a long standing history of research in connection to optimization of bioethanol production. In more recent years we have also included butanol has an alternative biofuel that has many advantages compared to ethanol. S. cerevisiae is not a natural producer of butanol but by identification and insertion of suitable genes followed by protein engineering and careful selection of process conditions a novel efficient butanol forming organism/process will be developed.

In order to be successful in our metabolic engineering projects we also focus on exploring the mechanisms for regulation/control of various metabolic pathways in the cell. Special attention has been directed towards the role of energy metabolism and the importance of adenine nucleotide levels but also redox metabolism is a field of interest.

We have a long history of improving various aspects of industrial ethanol production. Currently we focus on the interplay between pretreatment, detoxification and fermentation process.

There is a strong interest in developing “green” alternatives to gasoline due to rising prices and climate change. Ethanol has traditionally had a strong position in this respect, due to the well established and comparatively cheap procedures for its production by yeast fermentations. But higher alcohols (such as butanol) would actually be more suitable as fuel, due to, e.g. their higher energy density and less corrosive properties. Traditionally, butanol is produced either chemically or from Clostridial fermentations (yielding 1-butanol). However, 1-butanol is highly toxic to most microorganisms, which limits the yields. We have therefore started a project to engineer yeast for production of 2-butanol from a glucose-based media, a process which is predicted to be redox neutral. The major tasks are (1) to improve tolerance to 2-butanol, (2) to identify and subsequently express the two genes encoding protein activities required for formation of 2-butanol, and (3) to optimize growth conditions and metabolism (the latter to be achieved by metabolic engineering of pathways predicted to be relevant).