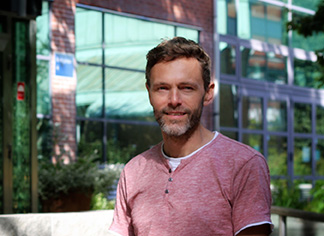 An overarching goal of our research is to understand how signalling through the reactive oxygen species hydrogen peroxide impacts organismal physiology and disease as well as how such knowledge can be exploited in engineering health and biotechnology. Our research has shown that, despite a wealth of accumulated literature over the years on their detrimental effects, reactive oxygen species sustain important roles in intracellular signalling. In line with this, we have shown that a group of anti-oxidant enzymes, peroxiredoxins, that by far are the most hydrogen peroxide reactive molecules in cells, reduce the incidence of age-related disease by acting as key regulators of aging and proteostasis. However, their molecular functions are poorly understood. It is therefore imperative to elucidate the bona fide cellular function(s) of peroxiredoxins, how they act to slow down aging and reduce the incidence of cancer and other age-related diseases.

By combining cutting-edge Molecular Cell Biological, Genetic and Biochemical approaches and research into the impact of hydrogen peroxide signalling on biotechnology, metabolism and proteostasis we aim to clarify molecular mechanisms of aging and age-related disease and to implement novel knowledge in the engineering of health and biotechnology.